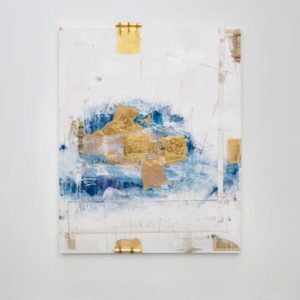 Foundation 2. UP THE HILL PAST THE MISSION 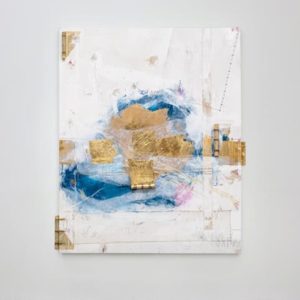 Foundation 1. A MOMENT IN SANTA BARBARA

Life has a genesis and a resolution. Many of us struggle with an interpretation of the personal story we are creating. My work takes a critical view of human memory. In my work, I deconstruct a collaboration of ideas and experiences that exist from our childhood to our adulthood.

Having lived and engaged in life around the world I have spent a number of years researching and studying subjects as diverse as civil rights movements, social, economic, and cultural studies, theology/philosophy, classic literature, and prose. My work engages the discovery of our human condition and its existence through a fury of movements and texture. My work falls under my abstract-expressionist mentors from Cy Twombly, Antoni Tapies, Anselm Kiefer, Helen Frankenthaler, Joan Mitchell, Grace Hartigan, Robert Rauschenberg, and others.

Each body of work revolves around a specific expression of our personal journeys and the tension that exists in those memories. By using a variety of layers, mediums, marks, texture, and deconstruction I am able to share a story in the same way one’s life is lived, through memories and experiences, from youth to adulthood, at times using text to provide clues to content and interpretation.

Every piece has a specific message that speaks through the story of one’s life and the human condition, becoming intertwined between the two. My hope is that the work drives the viewer to an internal conversation of memory and meaning giving them clarity amongst the tension in contemporary life.

Ty Clark has been creating in multiple genres since he was 4 years old. Ty grew up in a family imbued by culture. His uncle was Conway “Jiggs” Pierson, the world-renowned Sculptor and Raku artist, who impacted his drive and passion for the arts at an early age. He has been exhibiting nationally for over 15 years and in 2010 was named one of America’s Brightest Young Influencers by Catalyst.

In search of “The Thin Places”, places on earth where the “Divine Presence” is so strong that they serve as portals from this world to the next, Ty has traveled the globe. He has traveled to 5 continents while spending time living, serving, creating, and learning in over 20 countries, and cultures around the world. Ty was named one of ten contemporary artists in Austin to watch in 2017 and 2019 by Culture Trip. An artist, writer, designer, activist, and filmmaker, Ty has shown his work in 15 states across the United States and is currently in an artist cohort through The Brehm Center in Pasadena, CA led by his mentor, renowned abstract artist Makoto Fujimura. In 2019, his Award-Winning film Jump Shot (Producer) was an official selection for SXSW Film Festival, Dallas International Film Festival, Hill Country Film Festival (Audience Award), Detroit Free Press Film Festival, and Dead Center Film Festival (Grand Jury Award for Best Feature Documentary 2019). Golden State Warriors star Steph Curry is the Executive Producer of the film.

In addition to the influence of his uncle “Jiggs”, he studied under American sculptor William Catling while attending Azusa Pacific University’s School of Fine Arts. Ty is a founding member of the Veritas Artist Collective, 5D Artists Group, and The Unknowns artist group. He has spearheaded collaborations with other artists, organizations, and communities around the world for the past two decades, advancing support and dialogue around issues regarding arts, culture, community building, and culture care.

His work is a representation of the memories, thoughts, prayers, and dreams that he has compiled on his journeys, through his friends’ stories and his own writings. Ty is a student of art history, music, literature, and film. His passion for the history of cultural movements drives his love to create and share on canvas, written and spoken word, through a lens and on screen. Over the years Ty has mentored a large number of artists and entrepreneurs, volunteered within the arts and local/international community programs, and is committed to sharing his experience, knowledge, and gifts with others.