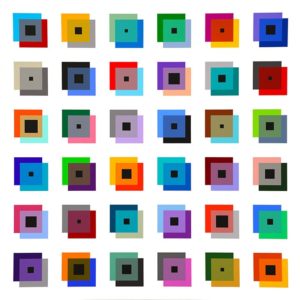 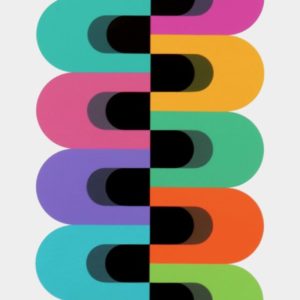 Variations On A Theme No. 16 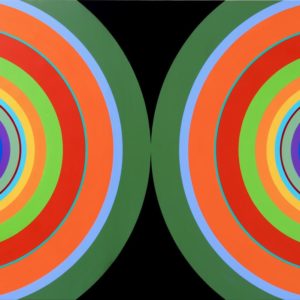 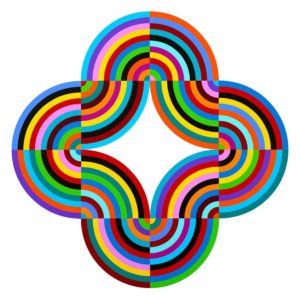 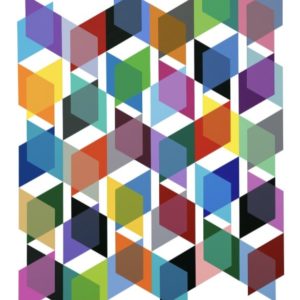 Variations On A Theme No. 29 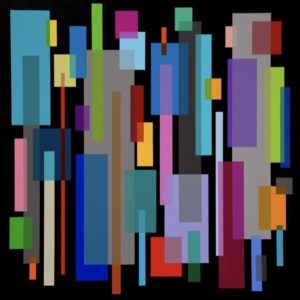 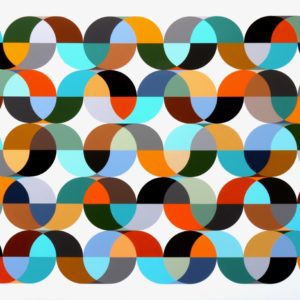 Variations On A Theme No. 12 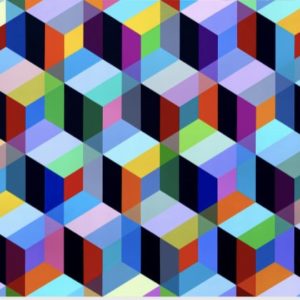 Variations On A Theme No. 28 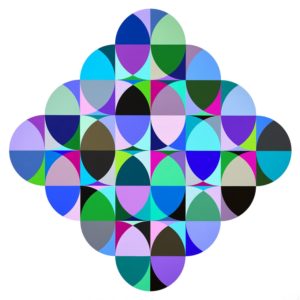 Variations On A Theme No. 25 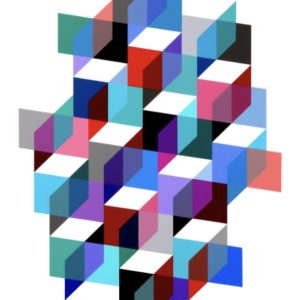 Variations On A Theme No. 21 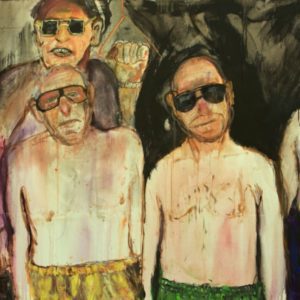 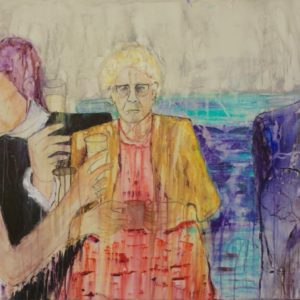 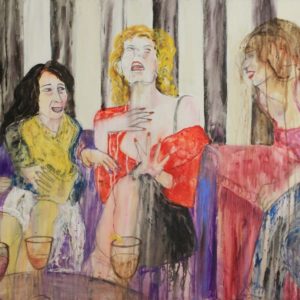 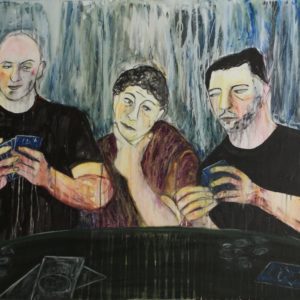 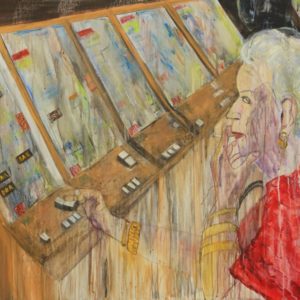 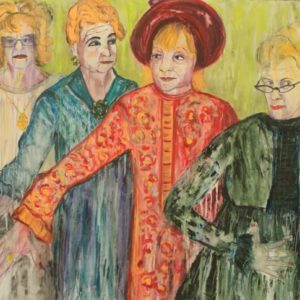 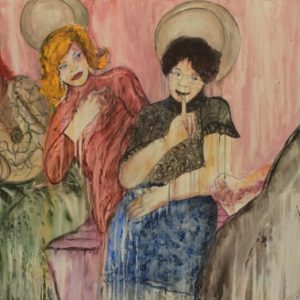 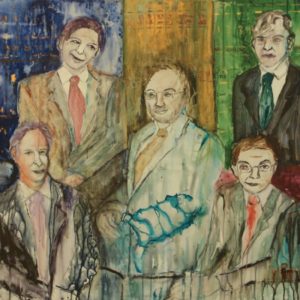 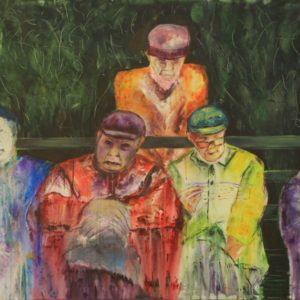 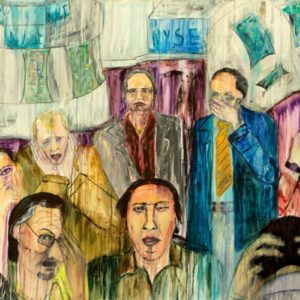 On the verge of summer in DTLA, Mash Gallery continues its tour-de-force of major art openings to engage the local arts scene with Psych-O-Delic, a visually magnetic dual-show with Bay Area graphical artist, Angela Johal, and MASH Gallery’s own Haleh Mashian.

Psych-O-Delic juxtaposes the work of two very different visionaries: the bright, crisp graphical work of Angela Johal, with the depictions of social unease by Haleh Mashian.

Johal’s very deliberate and precise artistry is balanced by her unplanned application of color. With the use of heavy acrylics and varying widths of tape, Johal’s process plays with exact edges and colors that appear randomly. This measured risk—from a very controlled hand—is Johal’s joy: “It’s like a puzzle, a balancing act, and sometimes, I purposely add a toxic color halfway just to challenge myself where I then have to save it from disaster. This, strangely enough, usually makes my painting better, and less predictable.” Johal’s accessible art reads like a modern version of the 60s pop appeal without the kitsch. The effect is calming, whimsical, and poetically balanced.

In her fantastically detailed, lurid paintings, Mashian shines a spotlight on interior drives. She explores the dualities of darkness and light in human behavior: greed, gossip, lust, and political machinations under the veneer of social politesse. A group of women bond over gossip at the hairdresser’s in “Bonding.” A group of suit-clad men contemplates the stock exchange deluge in “Exchange,” while another group smugly poses as titans of industry in “The Affairs.” In each scene, Mashian captures the banality of everyday exchanges threaded with an undercurrent of unease and off-kilter anxiety. With sly expressions in her subjects and expert use of mise-en-scene, Mashian illustrates the outlines of emotion in each work: worries about money, a love that has calcified, and loneliness. As Johal uses shapes and colors to arrive at an emotion, Mashian starts from a state of feeling and creates a scene around that sensibility.

Johal’s and Mashian’s work suggests a desire for clarity and truth—made starker with the added layer of the pandemic. Both artists fight for a sense of normalcy and beauty without disquiet. The virus has made Sartre’s trope literal: hell is other people. As this abhorrent rupture of the social fabric heals, Johal and Mashian recognize it’s going to take a monolithic act of goodwill to fortify our bonds of community. The administration of vaccines is essential to get back to normal life outside the home, connecting with friends and strangers, and renewing an openness to genuineness and trust. 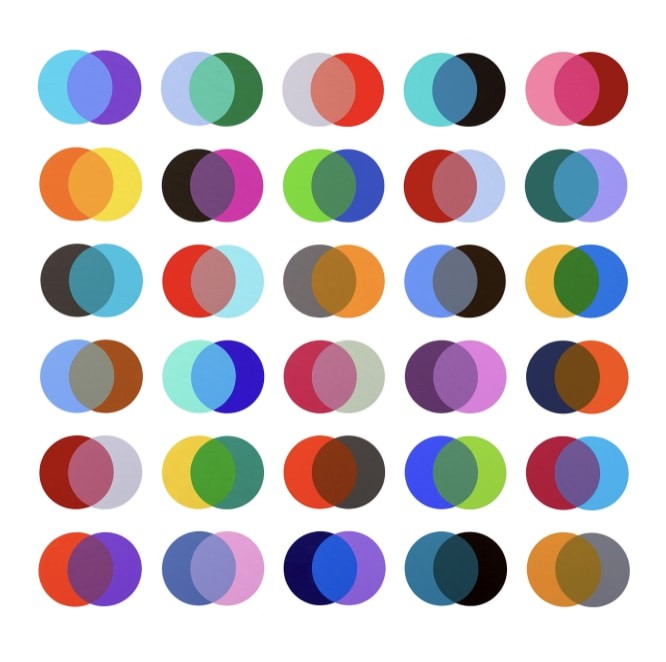 “People have colorful traits,” describes Mashian, the creator of MASH Gallery. “Psych-O-Delic is about being alone, but together. We all have witnessed how connected we are throughout the world. Every action counts. With the unsettling and unclear political climate and the real motivation behind it all, authenticity is the most prized quality sought after. Psych-o-Delic invites us to be transparent and to honor our true selves.”

Mash Gallery is a creative space that thrives on artistic fluency, boundless creativity and lively community engagement. Conceived as a center of collaboration and dynamic curation, Mash Gallery showcases a robust rotation of compelling contemporary art exhibitions and events. Founded by contemporary painter and expressionist, Haleh Mashian, MASH Gallery focuses on thematic abstract and figurative exhibitions that spotlight many local and international artists, both emerging and established.